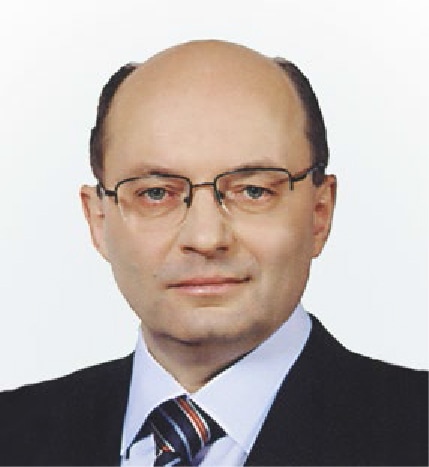 Alexander Misharin First Deputy CEO
In 2017, the Company’s foreign operations saw a number of significant transformations. We adopted a new management concept to establish Russian Railways as a global player with a strong foothold in overseas markets. To this end, we approved the Foreign Operations Strategy of Russian Railways Group until 2025. We succeeded in expanding our international footprint and strengthening our positions abroad by entering new markets, such as India and some countries in Latin America and Southeast Asia.

Over the year, the Company’s Management Board approved the Foreign Operations Strategy of Russian Railways Group until 2025 to transform Russian Railways from a major domestic player into a global full-service company capable of addressing external challenges promptly and efficiently.

The Strategy sets forth the following fundamental principles and approaches:

In 2018, the Company plans to further expand its portfolio of overseas projects and keep collaborating with international organisations to increase transportation volumes via international transport corridors.

Cooperation with CIS and Baltic states within the 1,520 mm gauge network

Russian Railways works to strengthen cooperation with railway operators of CIS and Baltic states, its key partners within the 1,520 mm gauge network, among other things by participating in the meetings of the Council for Rail Transport of the Commonwealth Member States.

The Company continues to honour its commitments under a concession agreement to manage the Armenian Railways as part of the South Caucasus Railway. Since its signing, the infrastructure and the rolling stock of South Caucasus Railway have seen major renovation and upgrade, including the repairs of over 460 km of track, 400 km of overhead lines, some 50 railway crossings, 50 substations, 40 bridges and other facilities. Russian Railways carried out repairs to extend service life of 700 freight cars and purchased 60 railcar rolling stock units and 35 maintenance vehicles.

In the reporting year, the Company signed a number of important agreements and memoranda with Asia-Pacific countries, primarily with China. Russian Railways and the Ministry of Health, Labour and Welfare of Japan signed a feasibility study agreement for a Russian-Japanese centre for preventive medicine and diagnostics to be set up in Khabarovsk. In addition, Russian Railways and Samsung (South Korea) agreed to partner in developing container transportation of cargo via the East–West route to the Eastern European facilities. One of the key parts of the East–West route is the Mongolia-based Ulaanbaatar Railways. Russian Railways that holds a 50% stake in the company under a trust management agreement pays close attention to its development. Following the expansion of its throughput and carrying capacities in 2017, Ulaanbaatar Railways set a record by transporting 22.7 mt of cargo and increasing transit container shipments through Mongolia by 2.7 times.

In 2017, the Company strengthened its cooperation with leading railway operators in Western Europe. In November, Russian Railways and Deutsche Bank AG signed an agreement to cooperate in the field of research, education, professional development and youth exchange programmes.

Oleg Belozerov, CEO and Chairman of the Management Board, oversees the implementation of the UIC Asia-Pacific Regional Assembly action plan drafted by Russian Railways. The reporting year saw a number of high-profile international events, including meetings of the UIC Executive Board, General Assembly, and Asia-Pacific Regional Assembly, as well as the General Assembly of COLPOFER, an international organisation promoting cooperation between railway companies and railway police forces. Russian Railways helped stage a presentation of the high-speed Eurasian rail corridor that took place on 30 October 2017 in St Petersburg on the sidelines of the 24th Asia-Pacific Regional Assembly. The event was attended by the heads of leading European and Asian transport and logistics companies.

The reporting year also saw the revision of the Agreement on Settlement Procedures Applied to International Passenger and Freight Transportation by Rail, and the approval of amendments to the Agreement on Organisational and Operational Aspects of Intermodal Transportation along the Europe–Asia Route. In collaboration with the UNECE Inland Transport Committee, Russian Railways initiated drafting a convention to facilitate cross-border rail transportation of passengers and luggage, which is currently awaiting approval.

Also, the Company actively supports the Economic and Social Commission for Asia and the Pacific (ESCAP) in introducing amendments to intergovernmental agreements on the Trans-Asian railway network and dry ports, to create a shared intermodal transportation and logistics system. On top of that, the ESCAP is running a project to develop multimodal transport in the Asia-Pacific region with a view of improving the competitive edge of railway transportation.

As part of cooperation with BRICS, Russian Railways and the New Development Bank signed a memorandum on the development of high-speed railway transportation in Russia and implementation of Russian Railways’ infrastructure projects abroad. In addition, a road map for cooperation with Transnet (South Africa) was drafted and approved under the auspices of the BRICS Business Council.