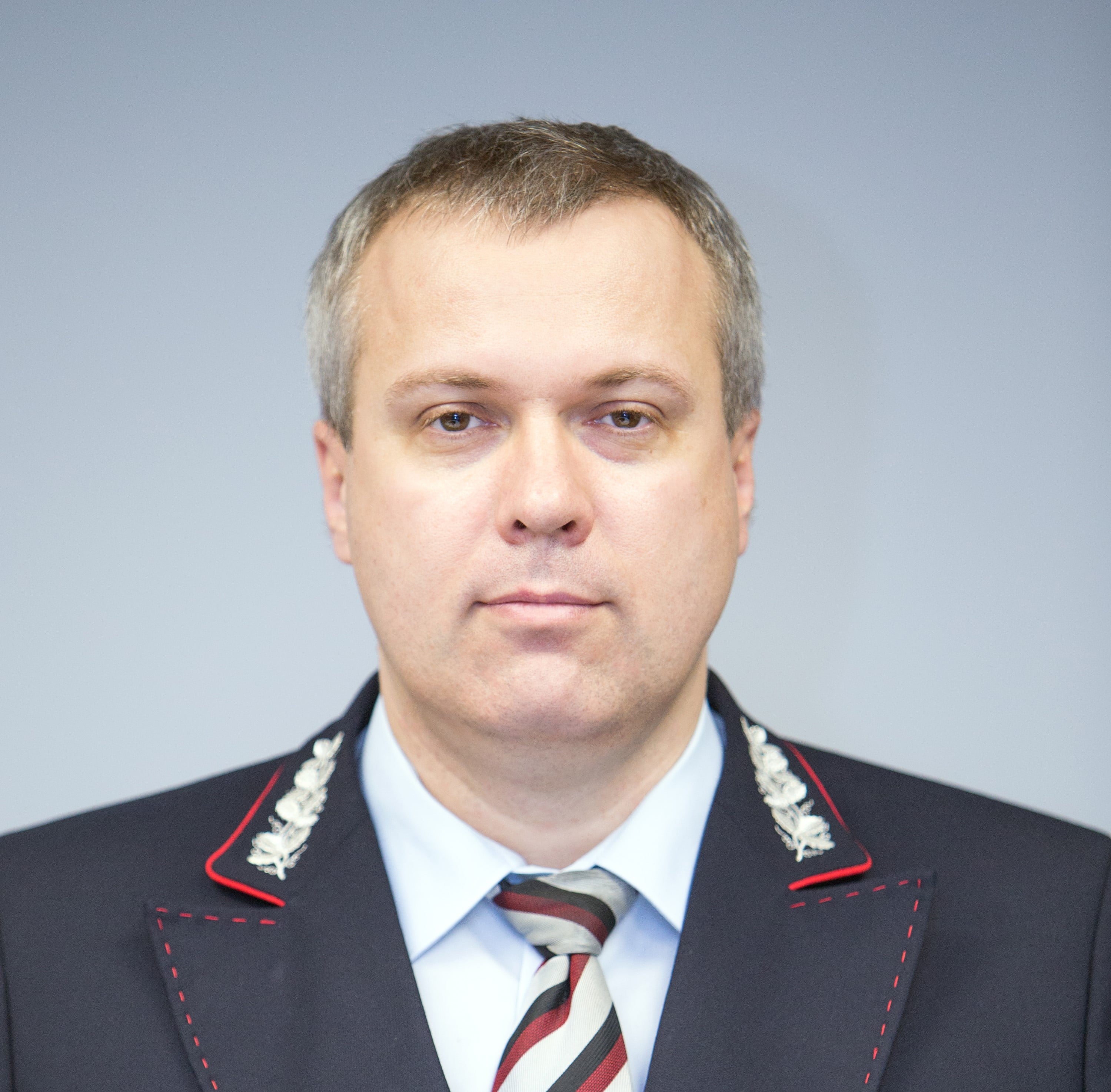 Alexey Shilo Director for Commercial Activities at Russian Railways, Head of the Centre for Corporate Transport Services
Ensuring the availability and high quality of transportation and logistics services in the freight segment is one of the key priorities under Russian Railways Group’s Development Strategy until 2030.

Given its close ties with major manufacturers, Russian Railways’ performance reflects general situation in the Russian economy. According to the Russian Federal State Statistics Service, the Industrial Production Index closed the year at 1.0%. 1,261.3 mt of freight, or an average of 3,455.7 kt per day, were handled by Russian Railways (up 3.2% vs 2016). The growth came primarily from increases in shipments of hard coal, chemical and mineral fertilisers and grain.

In 2017, growth was recorded across transportation types, with domestic and export handling volumes having increased by 0.8% (to 791.5 mt) and 7.4 % (to 460.0 mt), respectively. As a result of strong growth in export shipments, the share of domestic services in handling volumes decreased from 64.3% to 62.8%, while the share of exports moved up from 35.0% to 36.5%. Shipments of hard coal, bulk oil, construction materials and ores made up the largest part of handling volumes, with their aggregate share amounting to 66.4%.

Low-margin cargoes dominated the freight shipment structure with a share of 60.2% in 2017, while mid- and high-margin cargoes accounted for 29.3% and 10.4%, respectively.

Growing transportation volumes (primarily, coal shipments) were the main driver behind the rise in freight turnover. The 2.0% increase in the average haul also contributed to the positive result.

In the transportation and logistics segment, Russian Railways is shifting the focus from transportation services to comprehensive door-to-door solutions, expansion of its 2PL, 3PL and 4PL offering, and creation of global logistics chains. As business expansion and margin growth opportunities are limited in the government-regulated sectors, the Group has been actively working to strengthen its presence in the deregulated transportation and logistics segments, bolster Russian Railways' position in the domestic and international logistics markets, and introduce advanced 3PL/4PL logistics technologies throughout its network.

Federal Freight Company (FFC) is a network-wide operator of freight rolling stock. The company is a subsidiary of Russian Railways and one of the largest freight railway operators in Russia. FFC runs 15 branches and transport service agencies and has representative offices in Moscow and Kazakhstan.

In 2017, FFC maintained its leadership by:

In 2017, transit container volumes amounted to 175,750 TEU, up 74% y-o-y. By the end of 2017, UTLC operated on 51 regular routes as compared to 19 routes at the beginning of 2016. Overall, UTLC accounted for 64% of container volumes transported via the East–West transport corridor along the China-Europe-China axis.

GEFCO (France), Russian Railways Group's logistics subsidiary, is a global provider of logistics solutions and services. Its operations cover over 150 countries making GEFCO one of the top 10 logistics operators in Europe.

In partnership with Russian Railways, GEFCO is implementing several projects to improve efficiency of the Group’s supply chains and use assets for joint activities. For example, in 2017, it transported polyester granulate from China to Gazprom khimvolokno through Novorossiysk and delivered rails from Nizhny Tagil Metallurgical Plant (part of the EVRAZ Group) to Mongolia under a contract signed by RZD Trading Company and Ulaanbaatar Railways. In the same year, GEFCO launched the first container train service between Wuhan (China) and Dourges (France).

Improving the quality of transportation services

The Group’s key priority in the freight transportation segment is to attract additional cargo volumes and expand the range of logistics products available to the customers. In order to deliver on these objectives, the Group launched three new services: Scheduled Freight Traffic, Freight Express and Grain Express.

In 2017, the EAEU member states made further amendments to the effective customs laws, including those regulating customs administration and controls and railway freight transportation procedures. The Group's involvement in this legislative work will help protect Russian Railways' interests while also making its services more attractive for the forwarders, shippers and consignees.

Creation of the Freight Transportation electronic trading platform (FT ETP) came as a landmark event of 2017, as it helped integrate transportation, rolling stock supply, terminal, warehousing and logistics services of Russian Railways’ subsidiaries into a single marketplace and increase the number of SME customers.

In 2018, the FT ETP will see further improvements as regards approval of orders for exports through sea ports, registration and payment of orders for transit or export services by the largest freight forwarders of the bordering countries, and trading in bids to supply rolling stock for certain routes.

At Kantemirovka and Rossosh stations, 329.7 kt of freight (construction materials) were handled in 2017 – fully in line with the targets under the federal project to construct a two-track electrified Zhuravka-Millerovo line.

At Dzerzhinskaya-Novaya, a project was rolled out to build a Kaliningrad terminal and logistics centre (with a satellite facility at Chernyakhovsk station). In 2017, the first container train running on a new transit route launched by UTLC along the China-Europe-China axis was serviced at the Chernyakhovsk freight yard. At Dzerzhinskaya-Novaya station, transshipment of coal products from 1,520 to 1,435 gauge railcars was introduced. Since May 2017, 192 kt of coal have been handled at the station.

In 2017, Russian Railways sought to arrange the delivery of fish products from the Far East to the European part of Russia and develop the infrastructure required for refrigerator trains to run between Vladivostok and Moscow. Container sites were upgraded at Artyom-Primorsky I (Primorye Territory) and Kuntsevo II (Moscow) stations.

Alyona Zyabkina, President of the Non-profit Partnership for Protection of Freight Owner Interests in the Domain of Railway Transportation

Pavel Ivankin, Chairman of the Expert Council at the Institute for Railway Transport Studies